Law students from the United States and Austria had the distinctive opportunity to take Freedom of Expression in Europe and the U.S., a course that is co-taught by Justice Kennedy and Professor Sionaidh Douglas-Scott, Anniversary Chair in Law and co-director of the Centre for Law and Society in a Global Context at Queen Mary University of London. Justice Kennedy announced that he is retiring on July 31, 2018, after more than 30 years at the U.S. Supreme Court. He was appointed to the Supreme Court by President Reagan in 1988, and he served on the United States Court of Appeals for the Ninth Circuit starting in 1975. Prior to his elevation to the bench, Justice Kennedy practiced law in Sacramento, and, beginning in 1965, taught Constitutional Law as a member of the McGeorge faculty. McGeorge Dean Michael Hunter Schwartz posted four great stories about his interactions over the past year with Justice Kennedy on his blog (read).

The Salzburg Summer Program offered other international and comparative law courses in public and commercial law fields to law students who want to expand their understanding of international issues that increasingly impact legal practice everywhere:

International Dispute Resolution, taught by Joseph Smallhoover, Partner at Bryan Cave LLP, Paris. Professor Smallhoover has practiced law in the United States, France, Germany, and Belgium for 30 years and is the Chair of the McGeorge International Board.

European Union Law for International Business, taught by Professor Patrick Warto from the University of Salzburg. Professor Warto will teach a course, Hot Topics in European and International Constitutional Law, at McGeorge this fall semester.

Classes were held in the Law Faculty building of the University of Salzburg, located in a renovated 16th century palace in the heart of Salzburg's historic old town. Salzburg has been the site of the McGeorge's annual summer program on International Legal Studies since 1974. McGeorge Associate Dean of Experiential Learning Mary-Beth Moylan directed the Salzburg Summer Program this year.

In addition to taking courses this summer, ten McGeorge students participated in a pilot internship program before the summer courses in Salzburg. They were placed in law firms and legal departments of companies throughout Europe for a five week hands-on experience with law in a European legal system.

Photos from the Salzburg Summer Program 2018 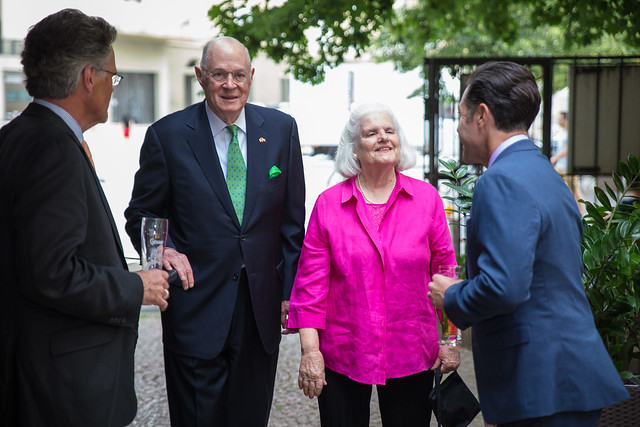