McGeorge will send two teams to the American Bar Association's National Appellate Advocacy Competition to compete against 22 other regional finalists in Chicago April 6-8, 2017. This is the second straight year, and the fourth year of the past seven, that McGeorge has placed both of its teams in the national finals. McGeorge is one of only two schools to send both of its teams to the finals.

"I am so proud of these team members and coaches," said professor Ed Telfeyan, director of the McGeorge Moot Court Program. "This win puts us on track to be the best-ranked moot court team in California this year."

The Blakely Advocacy Institute at the University of Houston compiles national rankings for law school moot court teams, and those rankings will be finalized after the results of the ABA Nationals.

McGeorge School of Law is rated the 10th best law school in the country when it comes to trial advocacy, according to U.S. News & World Report's Best Graduate Schools for 2018 released on March 14, 2017. Success in the trial advocacy ranking is attributed to McGeorge's award-winning mock trial, moot court, and alternative dispute resolution programs, directed by the Center for Advocacy and Dispute Resolution. These programs provide opportunities for students to hone their skills in the trial courtroom, appellate advocacy, client counseling, negotiation, and arbitration. McGeorge students are able to test their abilities in competitions around the world.

Photos of the Competition 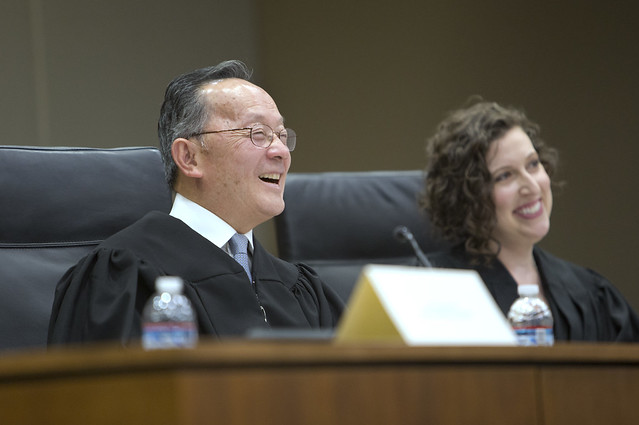