The Inter-American Summer Program in Antigua, Guatemala, completed its ninth year, holding classes from May 24 to June 16, 2017, with 18 students from three U.S. law schools and two Guatemalan universities. The summer program is hosted by partners McGeorge School of Law, University of the Pacific, and University of Denver, Sturm College of Law.

The program's Opening Dinner was attended by many friends of the program, but the guest of honor was Judge Miguel Ángel Gálvez, who is handling some of the most important corruption cases in the history of Guatemala. Highlights this summer included hiking the Pacaya Volcano; a visit to the Mayan ruins in Iximche, and a visit an indigenous school in the Central Highlands where the group observed a dance performance of elementary school children demonstrating a traditional ceremony celebrating corn. The law students brought bags of Legos as a gift to the school. The group also toured the Guatemalan judicial building and had the opportunity to do a question-and-answer with two judges. Judge Gálvez returned to Antigua toward the end of the program to give a talk to the law students.

The students in the program stayed at the iconic Hotel Convento Santa Catalina in Antigua, a colonial city. During the program there was seismic excitement in the form of an earthquake registering almost 7 on the Richter Scale, and an eruption of one of the nearby volcanoes. Other than some ash, everything was fine. Three courses were offered this summer in the program.

Professors Davies and Mogollón co-taught "Lawyering across Borders" in a bilingual format. Professor José Roberto (Beto) Juárez Jr., University of Denver, Sturm College of Law, taught "Sustainable Development and Trade / Desarrollo Sostenible" in Spanish. Professor John Campbell, University of Denver, Sturm College of Law, taught " Constitutions, Civil Systems, Corporations, and Corruption: A Comparative Look at Civil Dispute Resolution " in English. All students in the program are paired with a Spanish language tutor to practice their Spanish at their own level every day in addition to their law classes.

Following the summer program, Sydnie Reyes of McGeorge and Veronica Lamas of Denver remained in Guatemala for externships. Professor Mogollón, a Guatemalan lawyer, arranged these opportunities and is working closely with the students while they are in Guatemala. Sydnie has been clerking for Judge Gálvez and has had the opportunity to sit in on many hearings in the corruption cases, as well as to prepare orders and dispositions for the court. Veronica has worked for NGO Incedes on immigration issues. Veronica spent almost two weeks in Chuatroj, an indigenous village in the department of Totonicapán. Incedes has a project in Chuatroj where they have worked to help the community develop its schools and offer financial support so that students do not have to migrate. Veronica created and taught workshops for the students and met with their families.

About the McGeorge Inter-American Program

McGeorge School of Law founded the Inter-American Program in 2009 and has collaborated with the University of Denver, Sturm College of Law since 2011 to offer the innovative Inter-American Summer Program. Study-abroad programs offered by most U.S. law schools, including those that take place in Latin America, only teach courses in English and the students are from American law schools. By contrast, the Inter-American Program in Guatemala takes a bilingual and inter-cultural approach to legal education, offering classes in Spanish and English to American and Guatemalan students. The friendships between the U.S. and Guatemalan students are one of the best aspects of the program. 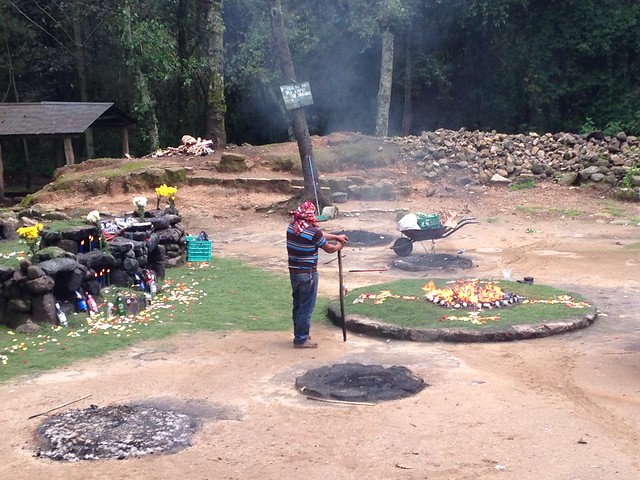