The NETC was established in 2006 to promote ethical and civility awareness through the mock trial competition format, and this year marked the 11th event. This year's event was held March 16 to 18, 2017 at the Robert T. Matsui U.S. Courthouse in Sacramento. Sixteen of the top trial advocacy schools from around the nation sent teams to compete in the NETC. A group of 115 local judges and attorneys served as presiding and scoring judges.

A school that competed in the NETC for the first time gave the competition a positive review: "It is easy to say you liked the competition and judges when you win. But it's another thing altogether when you do not. We had a tough draw and tournament. But we loved and respect this competition very much. The judges were outstanding. The tournament was smooth as silk. The quality of work product and judges was above and beyond. So while we didn't advance we completely are humbled to say we are grateful and honored to have been a part of such a great learning experience."

McGeorge School of Law is rated the 10th best law school in the country when it comes to trial advocacy, according to U.S. News & World Report's Best Graduate Schools for 2018 released on March 14, 2017. Success in the trial advocacy ranking is attributed to McGeorge's award-winning mock trial, moot court, and alternative dispute resolution programs, directed by the Center for Advocacy and Dispute Resolution. These programs provide opportunities for students to hone their skills in the trial courtroom, appellate advocacy, client counseling, negotiation, and arbitration. McGeorge students are able to test their abilities in competitions around the world.

"Our law students receive recruitment and networking opportunities, the main source of jobs for law graduates," said University of the Pacific President Pamela A. Eibeck. "They leave McGeorge prepared to work in many legal areas, often working side-by-side with McGeorge alumni." 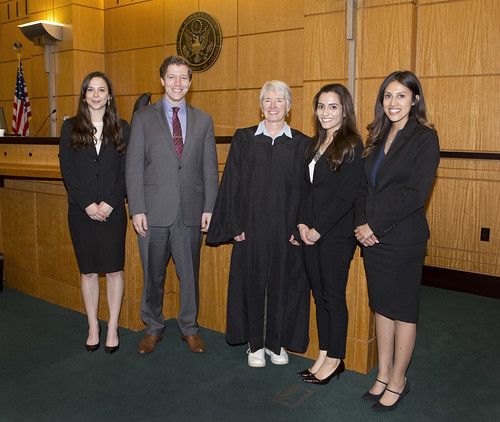