McGeorge School of Law, University of the Pacific culminated its 93rd academic year at the graduation ceremony of the law school on May 20, 2017. Dean Francis J. Mootz III presided over the ceremony, and University President Dr. Pamela A. Eibeck joined him in the platform party. Paul E. Dassenko, '82, gave the commencement address. Dassenko serves as the Chief Executive Officer and President of Risk Transfer Underwriting, Inc. in New York.

Fredericka McGee '91, a representative from the Alumni Association Board of Directors, spoke at the Graduate Luncheon. Sylvia La Rosa and Sarah Papazian, the Class of 2017 Alumni Representatives, emceed the lunch. Also recognized at the Graduate Luncheon were the Julie Davies Professors of the Year: Professor John Sprankling (Day Division) and Professors Cary Bricker and John Sims (Evening Division). The Student Bar Association's (SBA) annual Professor of the Year Award is named the Julie Davies Professor of the Year Award in appreciation for Professor Davies' dedicated service to McGeorge as Associate Dean for Academic Affairs from 2009 to 2013, and her steadfast commitment to outstanding teaching, learning, and assessment. The SBA's annual Anna Rose Fischer Award is given to an outstanding member of the McGeorge staff or administration who, in the course of their employment, has performed above and beyond their job responsibilities, thereby immeasurably aiding and assisting the McGeorge Student Body. The Anna Rose Fischer Staff Member of the Year was awarded to Kelli Sarnowski, Office of Student Affairs.

On May 19, 2017, The McGeorge Chapter of the Order of the Coif inducted 14 new members from the Class of 2017. Former California State Senator Noreen Evans, '81, gave the keynote address to the new members. 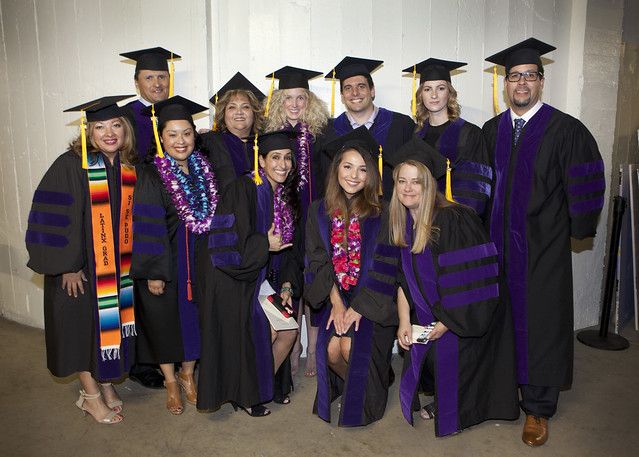