Three leading authorities on police interrogation spoke at McGeorge School of Law on April 22, 2016, at a forum marking the upcoming 50th anniversary of the Supreme Court's landmark decision in Miranda v. Arizona.

In 1966, the Warren Court imposed new restrictions on police in its 5-4 Miranda decision, saying that responses made during custodial interrogation are only admissible at trial if a defendant has been informed of his right to remain silent and his right to counsel and voluntarily waives them.

Their insightful comments captivated a large crowd at the McGeorge library's grand salon. Although there was disagreement on the intent of Warren Court's ruling and to what degree the ruling was diminished by later Court pronouncements and changes in police interrogation tactics, there was general agreement. The Miranda decision was a major change for the American criminal justice system.

"The court gave a fresh interpretation to the Fifth Amendment privilege against self-incrimination. Peaceful interrogation became the rule." Caplan said. "At the time, the public assumed suspects would exercise their newfound rights and [more crime would go unsolved]. That forecast was way off the mark; astonishingly 80 percent of suspects waive their rights and continue talking to the police."

Vitiello discussed how Miranda influenced the 1968 Presidential election and the effect of President Nixon's ability to appoint four new Supreme Court justices by 1971. The result was a narrowing of Miranda's protections. He then compared Caplan's proposed protections against coercive police practices and argued that Caplan's proposals would have provided greater protection for criminal suspects.

Dressler, a popular professor at McGeorge in the 1990s, also noted shortcomings in the Miranda decision. "The waiver interpretation is shaky. What appeared to be a ringing endorsement of the Fifth Amendment in the actual decision didn't turn out that way," he said. "The Court did, however, create a new right and it directly led to the expansion of our right to counsel in criminal matters."

Dressler also noted the irony in the eventual fate of the defendant in the Miranda case, Ernesto Miranda, whose confession was ruled inadmissible by the Court. "Miranda was later murdered. A suspect was arrested, given his Miranda rights, and took advantage of them." He was never convicted. 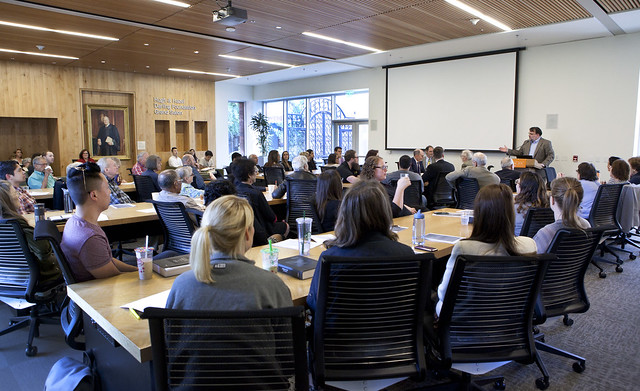