The Annual Global Center Symposium celebrated the scholarship and work of McGeorge Distinguished Professor Linda Carter on March 4, 2016. Her extensive work in the area of international criminal law served as the springboard for the discussions during the Symposium.

Participants explored the challenges posed by the most serious crimes afflicting humankind around the world. Panelists shared their expertise and insights on national, regional, and international approaches to atrocity crimes, including criminal trials, truth commis­sions, and traditional mediation processes. The program lived up to the promise of an impor­tant exchange of ideas on difficult, but critical issues in the search for a system that can bring justice in the wake of terror and violence. The proceedings of this Symposium will be published in a future volume of the University of the Pacific Law Review, the McGeorge flagship journal.

Roundtable: International Criminal Justice: More than the Sum of Its Parts? with

Negotiating Justice: The Role of Plea Bargaining in an International Justice System

Photos from the Symposium 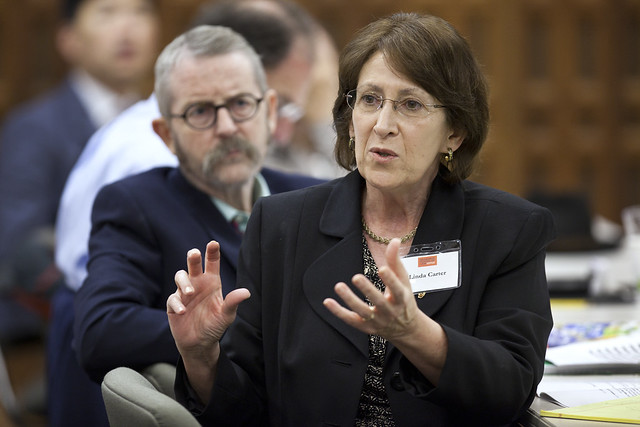