Channeling the power of markets and social innovation to promote health, the Clinton Foundation has tackled some of the most pressing problems. Sanders discussed the Foundation's unique approach to improving health, specifically the efforts to address the nation's opioid dependency crisis by increasing access to intervention medicine, and to address the childhood obesity epidemic through improving healthy offerings in school vending machines and cafeterias.

The Mike Belote Endowed Capital Center Lecture was made possible by a generous donation from Mike Belote '87, President of California Advocates, Inc., and longtime McGeorge alumni donor and volunteer. Mr. Belote's gift was matched by the University of the Pacific Powell Fund. This event is part of the Capital Center for Law and Policy Lecture Series. 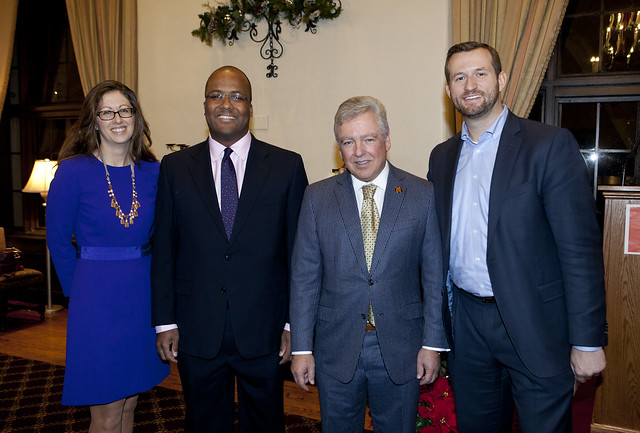