This summer Justice Kennedy co-taught Fundamental Rights in Europe and the United States with Professor Sionaidh Douglas-Scott, Oxford University School of Law, and Distinguished Professor John Sprankling, McGeorge School of Law. Justice Kennedy taught Constitutional Law as a member of the McGeorge faculty from 1965 until his appointment to the Supreme Court by President Reagan in 1988.

The three-week program in Salzburg offered international and comparative law courses in public and commercial law fields to law students who want to expand their understanding of international issues that increasingly impact legal practice everywhere. Classes were held in the Law Faculty building of the University of Salzburg, located in a renovated 16th Century palace in the heart of Salzburg's historic Old Town. Salzburg, Austria has been the site of the McGeorge's annual Summer Program on International Legal Studies since 1974.

McGeorge student Rebecca Mills, '16, reflected on her experience. "Justice Kennedy's passion for the law was exceptionally clear when he addressed freedom of expression," said Mills. "He explained that freedom of expression under our legal system requires that more speech must be the counter to disagreeable speech."

In addition to law students and graduates from the United States, the program also enrolls students from other countries. In 2015, 41 students participated in the Salzburg Program. Of those students, eight were foreign students from Austria, Denmark, Poland, Spain and Turkey. 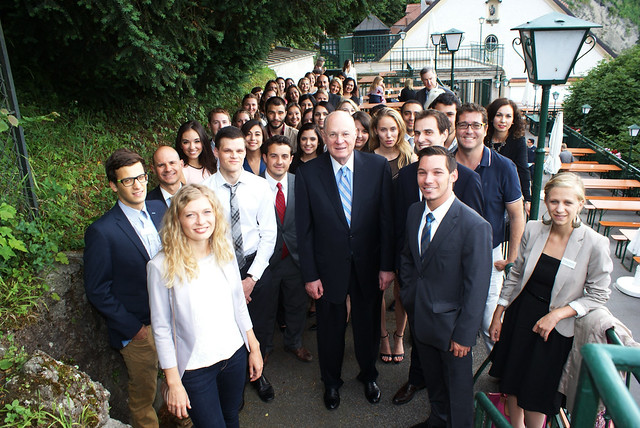