The event featured a lecture and discussion with the authors of the New York Times best-selling book "Picking Cotton," which explores where the criminal justice system helped the witness "get it wrong." After a welcome by McGeorge Dean Francis J. Mootz III, Professor Leslie Gielow Jacobs, Director of the McGeorge Capital Center, introduced the speakers and book.

Authors Jennifer Thompson and Ronald Cotton provided a riveting narrative of suspect misidentification that resulted in a miscarriage of justice with Cotton spending 12 years behind bars for a crime he did not commit. Thompson and Cotton's deeply personal account was both compelling and uplifting, and it shared the ways that the two are advocating critical policy questions relating to witness identification in the criminal justice system.

University of the Pacific professor Jacqueline Austin moderated the discussion after the authors' presentation. Professor Austin's research examines the legal assumptions surrounding the admission of unreliable expert testimony and Court's assumption regarding the effectiveness of jury deliberation at correcting individual memory errors. A reception followed the event.

The Mike Belote Annual Endowed Capital Center Lecture was made possible by a generous donation from Mike Belote, '87, President of California Advocates, Inc. and longtime McGeorge alumni donor and volunteer. Mr. Belote's gift was matched by the University of the Pacific Powell Fund.

The McGeorge Capital Center hosts notable, keynote speakers who bring timely and thoughtful commentary to current state and federal issues relating to government and public law and policy. On Sept. 17, 2014, the McGeorge Capital Center and the Fair Political Practices Commission hosted "Political Reform's 40th Anniversary: A Dynamic Look at the Past, Present and Future." On Dec. 5, 2013 the Capital Center Mike Belote Annual Endowed Lecture presented "Protecting Individual Privacy in the Internet Age: Where, if at all, Should Lines be Drawn, and Who Should be the Artist?"

Robert Binning, '15, posted an article about the lecture and book at Under The Dome, a joint activity of the McGeorge Capital Center and the McGeorge Law Review, which will be an online resource for California law, politics and policy. 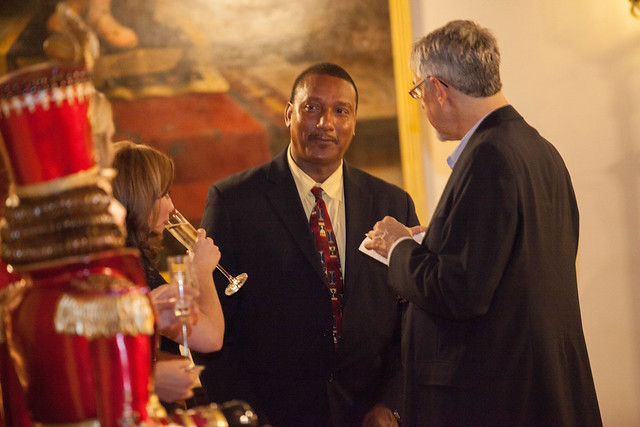